Coeliac disease (also gluten-sensitive enteropathy, GSE) is a systemic autoimmune disease in which genetic predisposition play a pronounced role. Coeliac disease may affect different organ systems. Its prevalence is estimated to be around 1 %, with experts assuming a large number of undiagnosed cases due to atypical or mild symptoms. Coeliac disease mostly manifests as a severe inflammation and damage of the mucosa of the small intestine (enteropathy). In conjunction with the resulting disruption of the nutrient absorption, a wide range of clinical gastrointestinal and non-gastrointestinal symptoms (among others chronic diarrhoea, abdominal pain, weight loss), can be observed. The clinical picture of coeliac disease may also include a chronic rash in the form of Duhring’s dermatitis.

Coeliac disease is caused by an overreaction of the immune system following ingestion of gluten, especially of the so-called gliadin, which accounts for around 90 % of the protein content of many grains. Gliadin can be only partially digested in the small intestine. If the intestinal epithelium presents gaps, as typically occurs in patients with coeliac disease, gliadin fragments may pass the intestinal barrier and reach the underlying connective tissue. There, the enzyme tissue transglutaminase (tTG) deamidates the amino acid glutamine into glutamic acid at specific loci of the gliadin peptides. Given a genetic predisposition, this modification causes the peptides to have an immunological effect. Activation of the B cells leads to the formation of antibodies against the deamidated gliadin peptides (DGP) and the body-own tTG. Furthermore, T-cells secrete proinflammatory cytokines, which cause inflammatory reactions in the tissue. 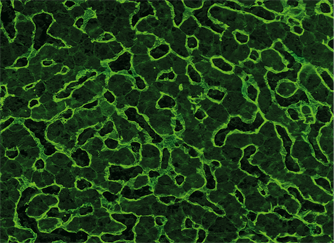 According to the guidelines of the European Society of Pediatric Gastroenterology, Hepatology and Nutrition (ESPGHAN) (Husby et al., 2020), patients with corresponding symptoms should be first investigated for anti-tTG antibodies (IgA) and total IgA antibodies. In the case of a positive test result, this should be confirmed by determination of EmA (IgA). Moreover, the guidelines point out the additional use of coeliac-specific IgG-based tests, e.g. tests for detection of antibodies against DGP. If there is a general IgA deficiency – a state often observed in coeliac disease patients – anti-DGP antibodies (IgG) are considered an important indicator of coeliac disease. EmA can be detected by IIFT on tissue sections of primate liver, primate oesophagus or primate intestine. The target antigen of EmA is tTG. Anti-tTG antibodies can be detected by ChLIA, ELISA or EUROLINE tests. In addition, anti-DGP antibodies can be detected using ChLIA, ELISA, EUROLINE and the monospecific EUROPLUS substrate. 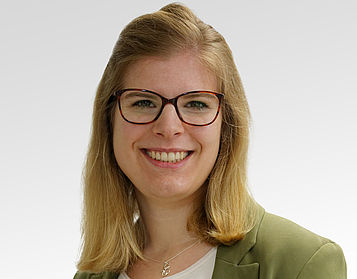